An Innovation Boom or Recessionary Collapse?

Henry Ford said in his memoirs that you could purchase a Model-T in any color as long as it was black! Most think this was the only color or the cheapest color that would work within his new, innovative mass production facility that contributed significantly to the Roaring 1920s. There is some truth to both theories, but the real reason was that the black paint dried about four hours faster than any other color, and he could produce and sell more cars more quickly.  Also, keep in mind that Mr. Ford began his innovative endeavors in earnest just after the Spanish Flu Pandemic and post-WWI recession.

Sometimes seemingly arbitrary decisions are made for fundamental reasons not always apparent to those who do not have the “rest of the story,” as Paul Harvey used to say. It can be difficult to determine which path to take without understanding the rest of the story.
What is the “rest of the story” as we look around the world at the decisions made in the wake of a horrible decision to invade a sovereign country, a pandemic, inflation, and a supply chain debacle?

This month we will cover some diverse topics:

The next big market-changing innovation:

Long-time readers know that I love to watch the impact of innovation on the world and the market. Some are confused by the innovation timeline and fail to realize that the things we see as “overnight successes” are often decades in the making. “Big Data” was “Big” a decade ago, but no one knew what to do with all the data we were suddenly able to collect, collate and store. Today, several companies, one in particular, have found profitable ways to utilize that data. Still, the vast profits are likely some time away.

Is a recession on the horizon?

Last month we talked about long periods of market declines. I mentioned that those times typically produced an opportunity for the prudent investor, which has again been the case. As experienced investors will tell you, it is time in the market, not timing the market, that works overtime.

More talk and questions have been asked this month about a potential recession.

The yield curve has flattened and is threatening to become inverted, historically being a good indicator of such an event. Inflation is beginning to cause a crisis of confidence in the American consumer. The Federal Open Market Committee has announced a series of rate hikes that could further hinder consumer purchases.

A recession over the next several quarters is certainly a possibility. Recessions tend to cause significant declines in broad market indices such as the S&P500; however, careful stock selection and diversification combined with other risk mitigation techniques can create a positive outcome during these times. Given that inflation could continue to run into the double digits, cash holdings could be one of the worst places for investors even if it “FEELS” safe.

This potential cash crash puts those living paycheck to paycheck, those living on a fixed income, and those who tend to hoard cash to feel safe at greater risk.

Why does the market often seem to react counterintuitively?

Many expected the equity market to drop when the Federal Open Market Committee announced its rate increase and indicated several more in the months ahead. Instead, the market rallied! This rally may seem counterintuitive.

What throws many investors off is that the markets trade on emotions even more than they trade based on cold hard facts and fundamentals. The market tends to anticipate events to get ahead of things happening. Emotions run high and nearly always overshoot the impact of the actual news. Once the market has what is perceived as more certainty, it tends to trade higher, which we saw during the latter half of March.

We expect continued bouts of uncertainty throughout the remainder of the year as the conflict overseas continues and the economy deals with a conflagration of inflation, higher interest rates, and continuing supply chain issues.

Look for innovative companies like those mentioned earlier, essential service providers, and product producers to do well, while old technology companies and those who do not adapt to new technologies suffer.

Define your outcome and allow a skillful artisan to help create it for you.   Click here to schedule a quick call directly with John

Nothing in this communication should be construed as personal advice, and past performance is no guarantee of future results. Investing is not appropriate for everyone. There is a risk of loss associated with investing in the markets. No representation or implication is being made that using any methodology or system will generate profits or ensure freedom from losses. Guardian Rock LLC and its affiliates are fiduciary investment advisors. Please consult with Guardian Rock or another experienced investment advisor or us before making investment decisions and trying to implement the strategies and tactics we discuss in any of our publications. 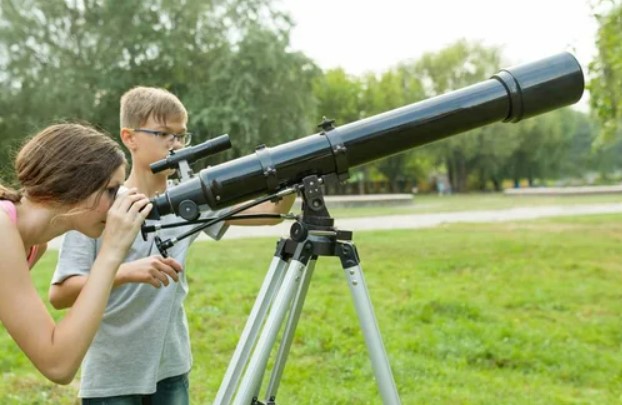 What matters is what will happen, not what is happening right now, yet that is where most people focus. I am teaching my daughter (the last one of six I get to teach.) how to drive, and we talk about keeping her focus further out because if she doesn’t, she is constantly correcting and going way over to one side of the lane or the other. Investing can be a lot like that. Keep your focus out in front. Sure, glance in the rearview mirror, be aware of what is happening around you, but keep your focus far forward!

The long-awaited recession is here . . . . . so what?
The three most important things for investors to be aware of in today’s markets
What are the choices?

Episode 126: What is Comprehensive Wealth Management?

Episode 125: What John has in common with Nyquil(R)

John Browning serves as the Chief Executive Officer for Guardian Rock and is the Amazon best-selling author of the book Build a Life, not a Portfolio: A Guide to Your Financial Future Based on Your Personal Values”

John leads the investment committee is directly involved in client service and portfolio decisions.  You can get to know John more by listening to his weekly Building Your Life Podcast